When Chelsea McClard interviewed at ShipperHQ, she wasn’t sure it was a real company. In a big office with just 12 employees, a Nintendo64, and a pool table, she thought it seemed more like a scam. Looking back, Chelsea laughs about the experience, embracing the reality that it’s all part of the charm of being part of this weird little team (that’s doing big stuff).

She came into the job with years of admin experience, which made her a natural for her role. Chelsea fulfills a litany of duties, including managing accounts receivable and payable and overall office management. In a non-quarantined world, her day might involve stocking the office, dealing with a whole lot of receipts, managing company expenses, juggling a slew of event-related tasks, and an untold number of ad hoc responsibilities.

When she was considering the job, she weighed her options carefully. On one hand, this company seemed a bit funny. (That weird interview began in a windowless room, after all.) And she was still unsure of its legitimacy. On the other hand, she knew absolutely nothing about the world of ecommerce and was eager to learn to soak it in.

“The most coding experience I had was changing my Myspace background,” Chelsea laughs. Girlfriend knows the blasphemy that is leaving your background on default.

As such an involved employee in the office, the turn to remote work has been weird for her.

“It’s a huge change to not see other people on a daily basis. Workwise, it’s harder cause you can’t walk over to people to chat or answer quick questions. A lot of my work has decreased with events being off, but it’s picked up in other ways with all the new clients we’ve gained,” she says.

Being out of a typical work environment is new for Chelsea. “I’m the workaholic of the family,” she says, “I’ve been working since I was 13.”

Chelsea comes from a family of six kids, where she sits comfortably in the middle of the birth order. Her family lives in Utah, where she also lived before starting at ShipperHQ.

Before the Utah stint, Chelsea had lived in Austin for six years. During that time, she says, traffic got 10 times worse, leading her and her husband to seek a break. That break eventually came to fruition in the town of St. George, Utah, where they lived for a year and a half. The city is just a few hours away from her parents, four hours from California, and an hour from Vegas. It was a welcomed break for the couple, but they eventually moved back to Austin when they began missing the weird city.

As a military brat growing up in Colorado, Chelsea wanted to join the military as an adult. She dreamed of traveling the world to protect and serve and figured it was a great way to spend her life.

While her military dreams never materialized, she certainly got some pretty worthwhile experiences elsewhere. Her first job, (which yes, she really did start at 13!) was caring for a disabled adult, a job that led her to work in recreation and daily care with brain-injured adults for over a decade, and her favorite of many jobs on record.

For a while, she worked in a chocolate factory, decorating the chocolates with silver and gold dust. “Every day walking into work just smelled like heaven, it’s the best feeling in the world,” she remembers.

Beyond the smell of chocolate, she gleans joy from being outdoors and everything that goes along with it. Like Cabela’s. Where she had her first date with her now-husband. After having met online, they started planning their first meeting and, she says, it just seemed right.

“We’re big outdoor people. He loves camping and stuff, and we just didn’t want to be around a crowd for our first date.”

When she’s not having a romantic evening strolling Cabela’s, Chelsea is a dedicated dog-mom to her (son) dog, Loki. As a Belgian Malinois, he’s a seriously intelligent pup who loves to learn. She spends a lot of time with him at the dog park and rope toys, his two favorite things in life other than his parents.

With Loki in tow, she spends many Austin days barbecuing, enjoying days with friends, dabbling in arts and crafts, and excitedly checking on the progress of their house in Kyle, TX, which is being built as I type and as you read.

We’ll have to follow up this article after October 26th – the intended finish date – to see how the McClards – and the Loki – like their new pad.

A Guide to Carrier Holiday Surcharges for 2020 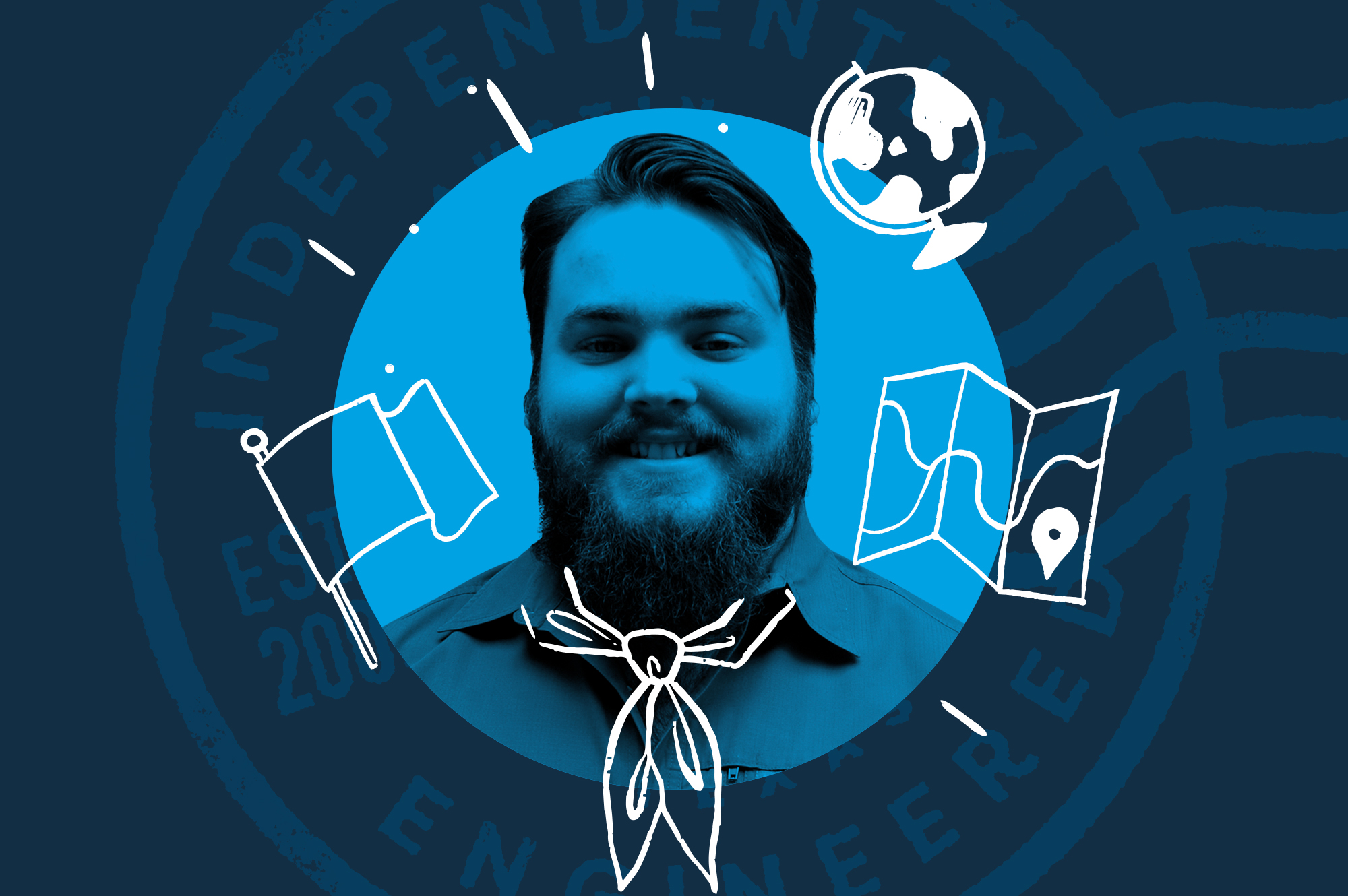 The Most Hardcore Job Training Out There? Full-time Momming: Melanie’s Story