Alec Myers is a developer on our engineering team. Of course, for most of us outsiders, that doesn’t clarify much: what on earth does a developer actually do every day? We won’t delve into the ins and outs of writing or pushing code (or any of the other terms this non-technical writer can attempt to drum up), but we will let Alec explain in his own words:

“If I had to tell my mom what I do, I’d tell her I find bugs within our software and fix them,” Alec says.

It’s a pleasantly succinct explanation for a succinct guy.

“We usually have a plan set out for the week, broken down by day, but we also always get side projects and bugs we have to deal with. Usually, I’m working on custom development to do things like add carriers or hunting down and fixing bugs.

Alec joined the ShipperHQ team back in 2016 after a period of juggling three jobs: managing a tutoring center, maintaining his own private tutoring schedule, and working at home depot. Karen, our CEO, was skeptical of his ability to manage such a busy schedule, but apparently had enough faith to give the eager chap a chance. His first role was on the support team, but after about three months on the job, he began to phase into a role on the newly formed engineering team. A year into the gig, Alec had graduated to become a full-time developer.

After graduating with a degree in applied mathematics from UT, he thought he’d try out the teacher life, but found it lacked challenges and wasn’t quite what he wanted.

“Applied math is essentially the opposite of teaching, it’s more the research and development for finding real-world solutions,” he says. “I like taking engineering problems and creating solutions for them.” Though he’s one of our key developers, Alec insists he’s more Jack of all trades, rather than a master of anything.

For developers on the job search train, companies are a dime a dozen. So why has he stuck around with ShipperHQ after all these years?

“No two days are the same. There’s a schedule, but you never know what’s going to pop up. It makes work go by fast, having an idea of what to do but no rigid processes to worry about.”

Alec likes the idea of working for a small company. Having started when the team was just six people strong in the US, he’s seen the business at every stage.

Plus, he says, “it’s cool to work on a product that kind of takes on Amazon checkout. I like the idea of making something better than that. I’m a competitive person – I like dominating stuff. It’s a fun way of trying to make things better. I like to put my stamp on something that “works” because of me.”

Of course, Alec hasn’t always spent his days neck-deep in the world of ecommerce. Born in California, raised in Mississippi and ultimately, a Texan at heart, Alec was an army brat, settling in San Antonio in 2004, then Austin in 2010.

“When I was a kid, I wanted to be in the military, or maybe work in R&D for cars and aerospace,” he remembers, “I just wanted to work with systems and figure out ways of making them more efficient.”

It seems like Little Alec would be pretty pleased with Grownup Alec’s path. Ultimately, though, he says, “my overall goal is to have my own mark on something – I want to someday have enough money to just do my own thing.”

When he’s not busy fixing problems, Alec can most often be found doing one of two things: sustaining unique injuries with cool stories behind them, and fanboying over the Texas Longhorns.

Once, a chair fell on his head from above – from a garage door.

“That was a good one. It cracked my head open,” he says laughing, continuing through a long list of curious scenarios that ended painfully.

“Once, I was on a blind date with another couple of friends. My friend threw a Coke bottle at my head and I bled all over the mini-golf course,” Alec reminisces. Surprisingly, things with his date did not go much further. There’s plenty more.

“I also flipped my dirtbike into a briar patch once. I had stickers all down my arm. When I pulled them off and kept riding, I could feel the wind blowing into my arm through the cuts.”

Then there’s the busted chin he earned, pretending to be a shark in a pool. A flipped 4-wheeler that cut his foot open. The broken nose from boxing.

As you may have gathered, Alec’s a big motorsports guy. But he says he doesn’t partake too often these days as he’s in the middle of the city. No mention of the influence of the innumerable injuries he’s earned on two (or four) wheels on that decision.

A native Californian who grew up in Mississippi, you wouldn’t immediately guess Alec’s religion: the gospel of the Texas Longhorns. “In the fall, 9 am to 9 pm on Saturdays are for football. Then for celebrating after,” he says, “I love college football. I’m very into trash-talking other peoples’ teams in the office, especially if we blow them out.”

Needless to say, Alec’s says he’s got his hopes up for the triumphant return of sports in the fall.

“If it doesn’t happen, I have nothing to live for starting in September.”

It’s an exaggeration we can all relate to these days. But we hope too – for Alec’s sake and our own – that come September, those bright lights will illuminate the most welcome game of gridiron we’ve ever seen.

read more about our team 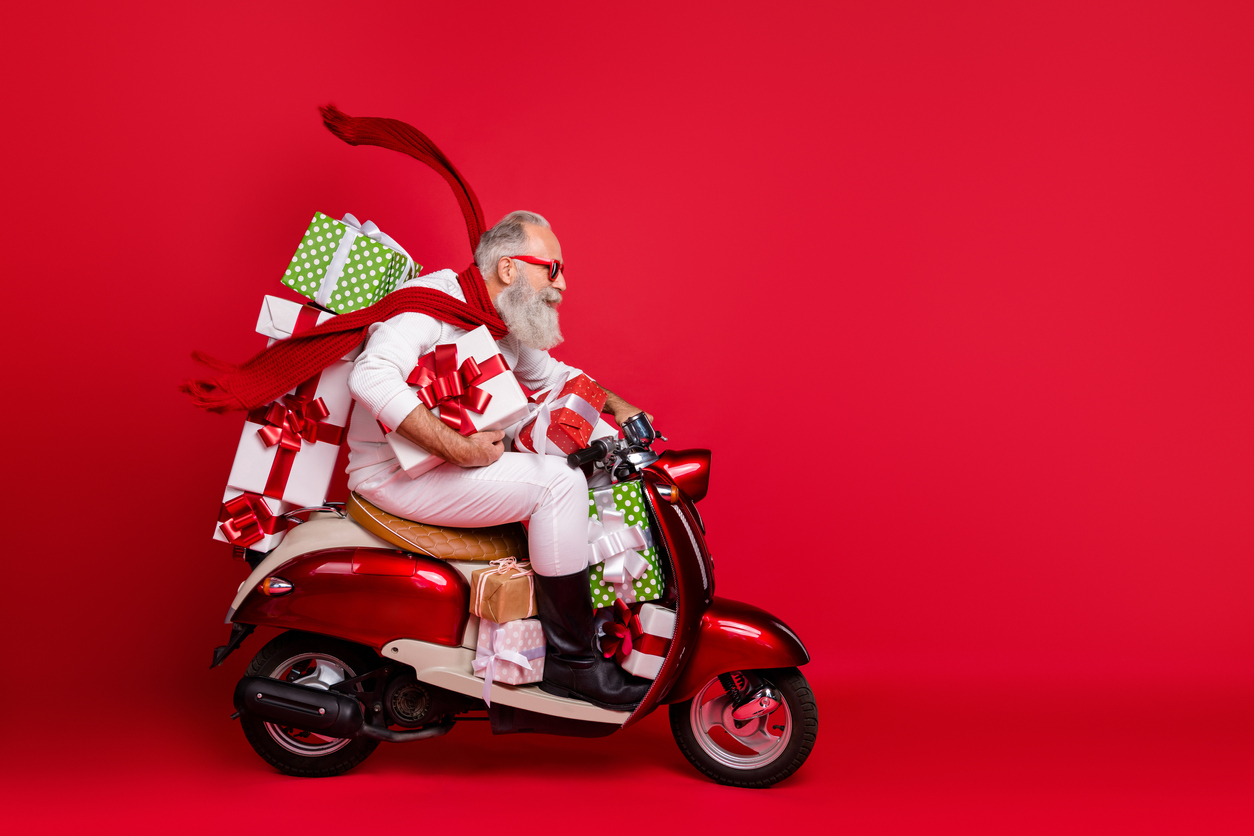 2022 Holiday Shipping Cutoff Dates: What You Need to Know