You might already know a thing or two about ShipperHQ. Maybe you know us as the go-to shipping rate software on your ecommerce platform. Or perhaps know us by the face of our colorful CEO and Founder, Karen. Maybe you know our name, but not much else. Either way, let’s not be strangers anymore. Keep reading for an inside look at how our company was born, how it’s growing, and what fuels us every day.

Starting a new job in the middle of a pandemic, and mandated quarantine that goes along with it, is something I won’t soon forget. But it’s exactly what I did in early June when I joined the ShipperHQ team. Of course, the experience was fraught with all the expected nerves and self-doubt that comes at the start of any job. The whole “we’ve never actually met in person” element was just icing on the cake. Happily, I found a welcoming, candid and genuinely friendly group of people, even if only through our respective screens. Since getting to know the team in person wasn’t an option, I “sat down” with a few key players and managers from different parts of the ShipperHQ team to understand them, their jobs and their stories a little better. Here’s what I found.

While it’s true that we spend our days talking about shipping and building and maintaining our software, there’s a lot more to us. You might be tempted to think that the folks behind a serious product like ShipperHQ, who work in an industry few would describe as “sexy”, are in fact, un-exciting themselves.

In reality, we’re a small, tight-knit team of professionals from vastly different life backgrounds, countries and industries. Chatting with our team, you’ll be hard pressed to find the “boring” people. Our team is kind of like a ragtag team of misfits, some who dreamed of being doctors or lawyers, some who came straight out of school, some who never finished school, ecommerce newbies and experts alike, and pretty much everything in between. For us, none of that matters. While a recruiter from a different company might toss a resume, we look at the person behind it first. So far, the strategy has worked like a charm in finding the best people for the job. The folks included in this interview are:

I know that ShipperHQ is the second iteration of a suite of shipping management tools you’d created for Magento users called WebShopApps or WSA. But how did WSA come about in the first place?

Karen: Really, WSA came about because we needed it. My husband was an eBay merchant, and I saw that shipping wasn’t working for him – or other merchants either – so I decided to fix it. First, I built Matrix Rates in 2008, a Magento shipping extension for non-US sites. It was free and 70K downloads, and people kept contacting me and asking me to do other extensions. Ultimately, we built more than 200 extensions.

For more information about the difference between ShipperHQ and WebShopApps, read here.

So many extensions! Why were WSA extensions so popular in the first place?

Gen: WSA gained traction early on because Karen found the niche of shipping functionality that was lacking at the time on the Magento platform. In the early days, Karen and WSA got really involved in Magento forums, they were helping people out with answers etc, not just plugging our extensions. This helped us build a very strong and solid reputation for expertise and trust. It also gave us a “face” or personality. People knew who we were.

Karen: We were early to market, we were the first to do it at all, so it’s not like we were copying anything else that existed. With a strong math background in foreign exchange trading, pivoting to shipping was relatively easy. We had a huge viral customer base that really came about from word of mouth, and building on our reputation.

When you first started WSA, it was based in Karen’s home country, England. I know you eventually built a small team there, so who was on the team? What were the early days like?

Josh: I was the first employee hired. After that, we also had an office manager and a support engineer. The first week of work was in Karen’s dining room. After that, we got a nice office in Leigh on Sea, an old-world fishing town. For a while, we had a solid core team of four. We’d work normal hours with a few late nights, but Karen worked ridiculous hours even then. We had a good work/life that ebbed into busy periods, which eventually evolved into one permanently busy time.

That sounds about right! But I’m still a newbie…why exactly did WSA become ShipperHQ? What’s the difference?

Gen: For one, WebShopApps extensions are difficult to make a quick update to if you are not a technical person. We knew we had to build an all-in-one platform instead of offering new extensions every time a request came in for a new feature. That’s how the idea of ShipperHQ came about.
Alana: In 2011, Karen and I started discussing ideas to create ShipperHQ. We met up in hotels at different conferences to talk. Then, we would meet up in the evenings to work when the business moved to Ohio. The product is attractive as a solution, especially from the client side. When SHQ was a “napkin sketch”, it was fun to spitball ideas of what it could be. Nothing else out there competed.

Sounds like you guys had this exciting plan in place for years in advance! I know that Karen hopped the pond to come to Ohio and eventually launch ShipperHQ from there. But this does beg the question…why Ohio!?

Karen: It was great at first – the midwest is ideal for a bootstrapped company, and I had friends there. I’d heard the climate was similar to the UK, but after the “polar vortex” winter of 2013, and then an even worse 2014 winter, I realized that was not quite true. After I took a early January trip to the warmer climate of Austin, and just something about it immediately captured my attention.  I knew the tech scene here would work to our advantage as the company grew. It was and still is the spot to be. So I went back, told the team let’s move to Austin, and so it was that summer!

Smart move if you hate the cold, as I write this on a 102ºF (38ºC) day in Austin. So you moved here in 2015. Signed a lease for a new office. And started building out a team. What was this process like and what can you say about the early days here?

Quentin: Our first office was a small place in Lakeway. Karen interviewed me at a folding table. I didn’t even realize how small the office was when I interviewed until I showed up for my first day. The US team back then was just nine people.

There’s no denying that our culture has played a big part in our success. But putting my finger on what exactly creates that culture is difficult. What would you say defines it?

Karen: When it comes to culture, our main thing is just that we treat everyone the same, both internally and externally. That’s a core value of who we are – just treating everyone equally, no matter the size of the customer or anything. Equality.

Quentin: We have a pretty diverse company, but we never really made a conscious effort to be – our company just attracts it. It’s a female-owned company, and a female-owned tech company at that, so people are drawn to that. The majority of our C suite are women, and I’m the only male.

Alana: We’ve built our culture on a foundation of compassion and understanding for other people. All places I worked before mostly white men, so even having a female CEO was new. I like our hiring practices – we look for a good fit for the job, regardless of where they are from. Karen cares about the company and everyone’s mental health. She looks out for the well being of staff.

Gen: Honestly, the product does what it says it does, and that honesty translates into our company culture.

With that office culture being so strong, what challenges have you seen with having to transition the entire team to be full-time remote? Has anything improved? Did having team members across the world in places like Australia, the UK and EU make the transition easier?

Quentin: Having the full team remote is strange because face to face has always been such a big part of our company. For one, we weren’t in the office for everyone to give me birthday gifts, but I’ll survive. Communication has been a pain-point, but we’ve put in place lots of tools to combat that, from daily standup meetings to video calls and a special ‘fun channel’ on slack to keep up office chatter.

We adapted surprisingly fast. We quickly got into a groove. The pandemic made everything unsure, so having work to rely on brought comfort to people. Because of the state of things, we switched to a four-day work week, which was something we’ve been talking about for years.

Alana: We’re actually able to communicate more effectively now because it’s intentional. I’ve been remote myself for so long, it was tough watching others struggling to adjust because they weren’t set up to work from home. On the other hand, it greatly increased company communication and made video calls a common thing.

Gen: I’m already remote on the other side of the world so it’s been beneficial, because it forces all communications to happen in the same channels and on everyone’s schedules. It’s also nice to see everyone’s faces for all-hands meetings.

Devon: Working remotely as a team is actually easier than anticipated, thanks to small team dynamics. But it can feel difficult to know when to “turn off.” I usually set a timer on my phone to take breaks and unplug my computer at night. It takes extra energy to be “on” for video calls, and the energy ebbs and flows. Communicating in writing can result in confusion of tones and intentions, it makes me miss face to face communications. I’ve found that blocking specific time on my calendar for work/calls/breaks has been really helpful, as well as setting informative Slack statuses.

All sage pieces of advice. Last question: why do you think people stick around here? There are quite a few employees that have been around for 5+ years and even longer. That’s pretty unusual for a company this size and in this stage of growth.

Quentin: We’ve kept a small headcount for longer than we needed to, and that was on purpose because we wanted close control over the direction of the company. We know that we can expand in terms of customers and reach, without having to expand to a massive team, by using technology. We’re agile, small and driven by the quality – not quantity – of employees.

Alana: The thing that cements my loyalty and interest in ShipperHQ is that the people and managers really care about the product, and equally about the people. We look out for one another. We find success together. Our values are irreplaceable. Very unique to other places I worked before.

Now that we’re a little better acquainted, we’d love to connect with you! Find us on:

Making Your Own Amazon-style Checkout

A Quick Look at the Newly Refreshed ShipperHQ Dashboard 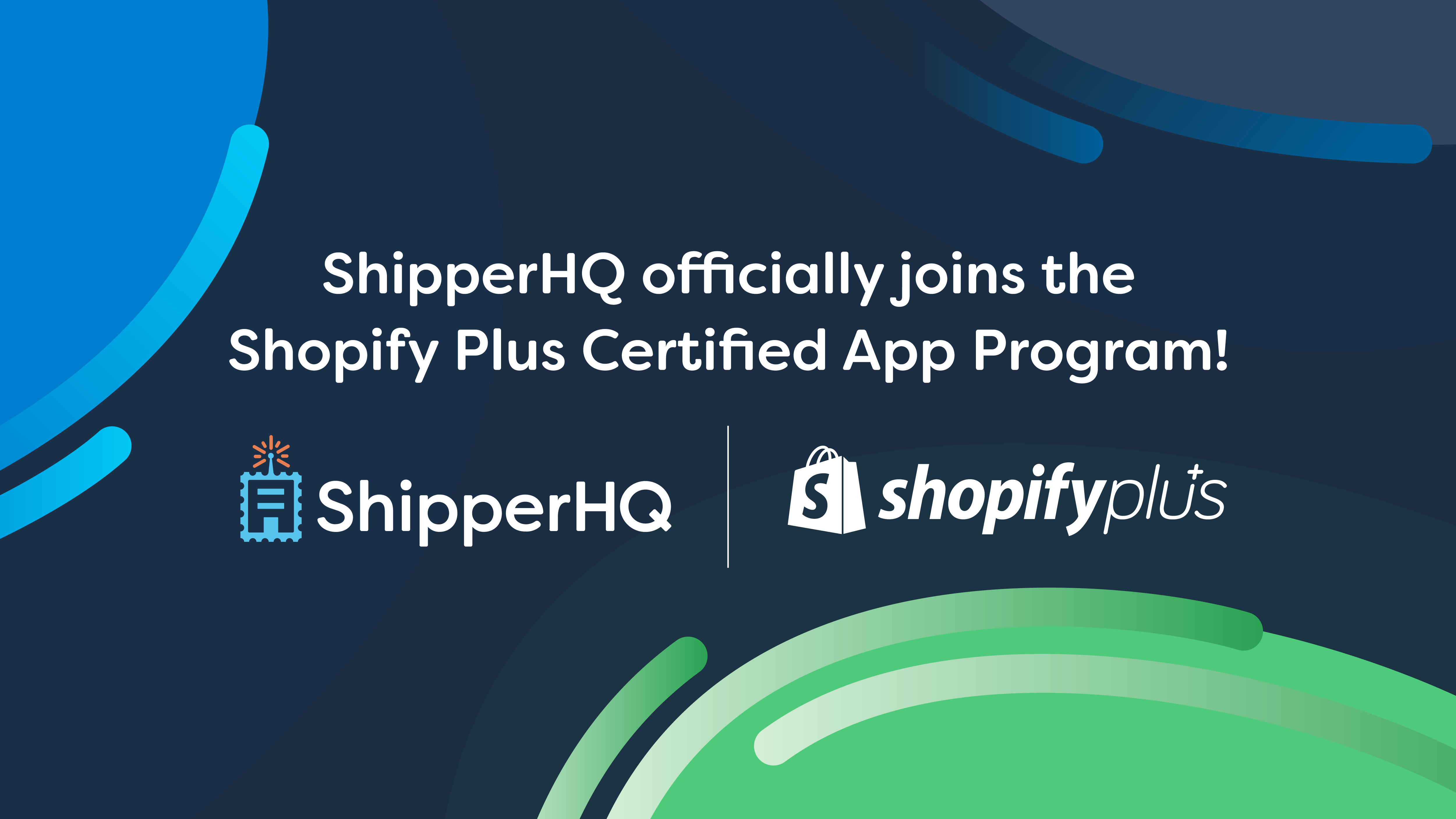 Shopify Plus Customers, Prepare Your Checkout for Unmatched Optimization with ShipperHQ 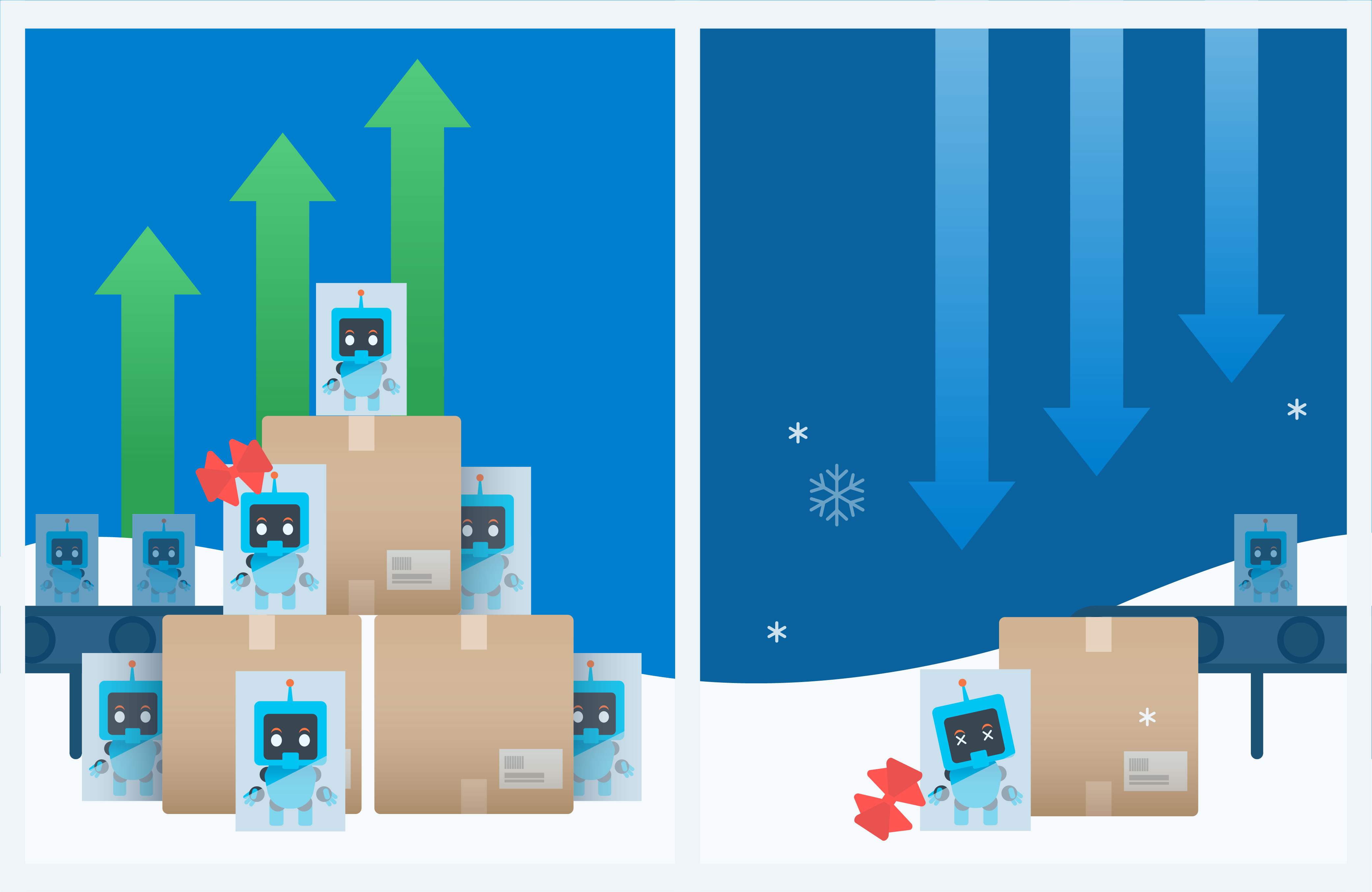